Sterling to pay for funeral of Crystal Palace teenager Dawkins killed by leukemia. 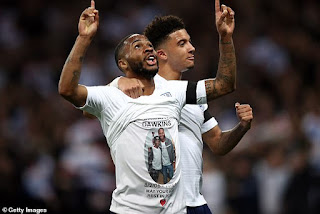 The Manchester City star, Raheem Sterling will cover the costs after the 13-year-old succumbed to the illness four years after initially being diagnosed. He will pay for the funeral of Damary Dawkins, the Crystal Palace youth player who died of cancer last month at the age of 13.


Dawkins' family had set up a fundraising page to raise £15,000 for the ceremony after acute lymphoblastic leukemia claimed his life in March 17, four years after he was diagnosed.

Sterling helped support a campaign to help find a stem cell donor for the teenager, who relapsed in February following a transplant in December.

The Manchester City star paid tribute to him on the field days after his death when he scored for England against Czech Republic, lifting his shirt to show a picture of him standing with the youngster, writes Goal.com. 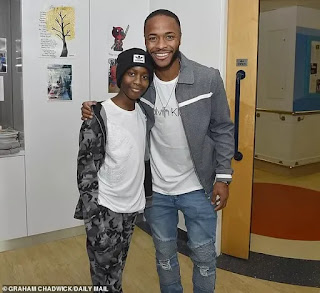 After the match he told ITV: "I thought I had to do something to try to give his family something to smile about."
Now the 24-year-old will pay for the proceedings to help Dawkins' family give him a good send off. "Damary was a special young man who touched a lot of lives, including my own," the City star said, describing him as "an example to us all" and praising him for staying "positive until the end".
The pair enjoyed a close relationship and spoke regularly as Sterling visited the youngster in hospital.