‘The Savior’ now showing in silverbird and other cinemas- See trailer here! 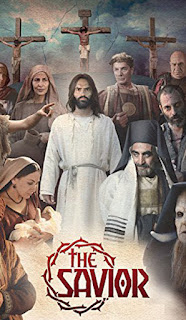 It is a time when Rome rules the world with the power of life and death in their hands. The province of Roman Palestine is a bubbling cauldron of rebellion and control.
And on this greater canvas Luke, narrates a story of wonder, amazement and impact… The world is anticipating this moment in history but no one can imagine God touching His creation in the form of a little baby named Jesus.

Much is recorded in the Gospels about Jesus’ miraculous birth, to a young virgin named Mary, in Bethlehem, but little is known about his quiet growing up in Nazareth. Joseph, his adopted father, seems to have died well before Jesus turns 30 and begins his ministry.

The movie is already showing across cinemas.