Things are moving too quickly with Meghan Markle- Prince William Cautions his brother, Prince Harry as the royal love continue to deteriorate. 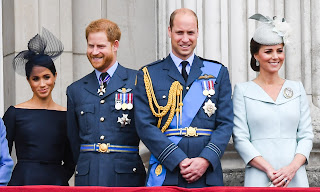 Prince William and Prince Harry were always destined for different paths. Harry, who leads with his instincts, sees his older brother as being hemmed in by protocol as the future monarch.


Their different approach to life was also evident as Harry’s relationship with Meghan Markle grew more serious. There is also a report of growing tensions between the brothers deepened back when Harry first told his family he wanted to marry Meghan after less than a year of dating, sources tell PEOPLE in this week’s issue.

An insider says William, who dated college sweetheart Kate Middleton for about eight years before tying the knot, cautioned Harry that things were moving too quickly, leaving Harry angry and hurt. The idea that William and Kate were unfriendly to Meghan, though, doesn’t “sound like them,” says a friend of both brothers. 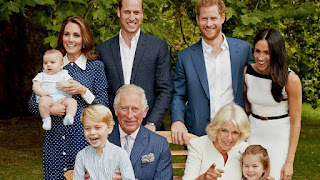 “Harry is very protective and quite rightly so,” says a household source. “The Royal Household can be like that. It must be a real culture shock for her.”

Despite the royal brothers’ very different roles – William is preparing for his role as the future king as Harry champions causes close to his heart as he adjusts to his new married life – longtime palace staffers had the “homogenous idea” of the two princes working in tandem. However, it’s now clear that with the additions their wives – and their growing families – a united foursome wasn’t tangible.
“It was only going to work until they married — and it went on a while longer than perhaps was originally thought,” one palace courtier says.

Last month, Meghan and Harry officially split from Kate and William, breaking up their joint “court” at Kensington Palace by creating two separate offices. The Duke and Duchess of Sussex have since moved out of London to Windsor Castle’s Frogmore Cottage – about 25 miles away – and launched their own Instagram page.

“It’s a shame,” says the household source. “There was power in that unity and great strength in the foursome, but I see why it is happening. There is always that tension: trying to do the PR thing and then realizing that they are just real people. They want their own place and their own things.”