Home Unlabelled Tristan Thompson abandons Khloe and their daughter as he runs to Canada as NBA season ends.

Tristan Thompson abandons Khloe and their daughter as he runs to Canada as NBA season ends. 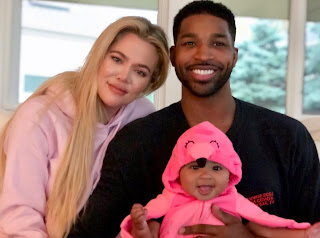 Tristan Thompson’s NBA season is officially over, but instead of racing to California to see his baby girl True, and the mother of her daughter, Khloe Kardashian, he jetted off to his hometown of Toronto.


Khloe was hoping Tristan was going to make True Thomspon and his daddy duties the top priority after his NBA season finished. But those hopes were dashed when the Cleveland Cavaliers player went to Canada instead of Calabasas. A friend of the pro athlete tells why a visit to his hometown was number one on his agenda.

“Tristan’s first stop after the end of his NBA season was not to Calabasas see his baby True or Khloe, but up to Canada to visit other family and friends,” says the source.

“Tristan is focused on himself right now. While he may miss his new baby, he is exhausted from the long season and needed to go to up to Canada to get in touch with his people. He knows that Khloe is taking good care of his baby, so his top priority now that he has some free time is taking care of himself first.”