Barcelona striker Luis Suarez promise not to celebrate against Liverpool at Anfield tonight. 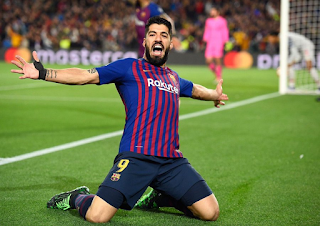 Barcelona striker Luis Suarez who was a former Liverpool striker has made it clear that he will not celebrate if he scores against Liverpool at Anfield in Tuesday's Champions League semi-final second leg.

Celebrating the goal last week, people who know about football, who love this sport, know about the importance of this. I have all the respect in the world for the Liverpool fans. Because I scored and celebrated with my fans, I say sorry.
Obviously, it is clear that if I score a goal against Liverpool I won't celebrate it in the same way."
Suarez left Liverpool in 2014 after three-and-a-half seasons.