Home music News/Gist ‘Focus on his talent not his mistakes’- Justin Bieber defends Chris Brown over accusations of violence against women.

‘Focus on his talent not his mistakes’- Justin Bieber defends Chris Brown over accusations of violence against women. 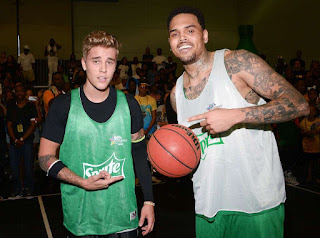 Justin Bieber has come to the defense of  Chris Brown ﻿in the face of backlash from other artists who don't want to work with him because of his history of violence towards women.


Bieber advised people to rather focus on his talent rather than on his mistake. Justin wrote:
"Everyone wants to wait till people die to give them the credit they deserve. I'm calling it now when CB passes away after a long full life; you will miss what you had in front of you the whole time the people who have over looked this man’s talent because of a mistake he made. You need to reevaluate."

As you know ... Michael was dogged by accusations of child molestation before and after his death, and Tupac spent time in prison on sexual assault charges. Brown pled guilty to felony assault of Rihanna way back in 2009, and he's also the subject of an ongoing lawsuit over an alleged rape in Paris.