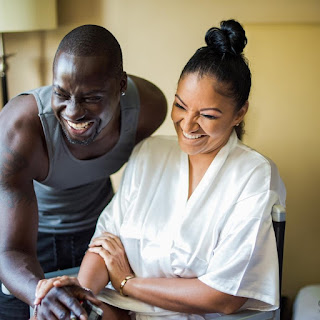 Actor Chris Attoh’s wife Bettie Jenifer is dead according to the US police report. She was shot in the parking lot of a Maryland office building after leaving her office and was walking to her car when the gunman approached her today 11th May, 2019.

The Greenbelt Police Department said when she tried to run away, the gunman followed her and fired multiple rounds, with at least one shot hitting her, and the suspect was described as black with black hair, having a thin build, and driving a blue car.
Sometime last week, there were indication their marriage was in crisis as the actor deleted all photos of his wife from his IG page.