Home Movies News/Gist I will kill myself if Wizkid don’t follow me- Actress Uche Okoye cries out.

I will kill myself if Wizkid don’t follow me- Actress Uche Okoye cries out. 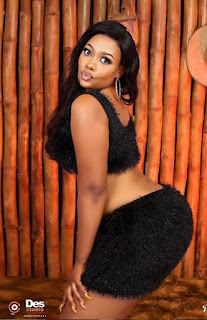 Nollywood actress, Uche Okoye, has threatened to end her life should Wizkid not follow her on her Instagram page.
The actress kicked off this controversy via a video she shared on her page with the actress holding a weapon to her head as she made it known that she will end her life in a week if Wizkid ignores her and refuses to follow her on social media.

Well, we had often seen such scenarios on the social media, some ladies that once threatened to do the worst just to gain the attention of certain celebrities.