Home Movies News/Gist If my son beats his wife, I will have him arrested- Actress Tonto Dikeh vows.

If my son beats his wife, I will have him arrested- Actress Tonto Dikeh vows. 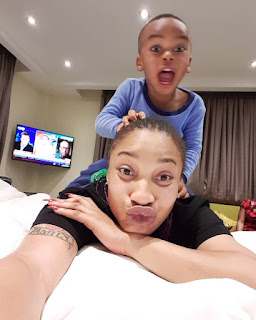 Nollywood actress, Tonto Dikeh, who has been in the news almost on daily basis for weeks now is not leaving any time soon, this time, the hot headed actress and mother of one said she will deal with her son, should he become abusive to him wife when he is finally married.


The actress made it clear via a video she posted online that she won’t be the sort of mother in-law that would condone her son if he is abusive to his wife in the future.

Equally, that if her daughter-in-law brings to her knowledge of such against her from her son, that she and the wife will beat the son together and she will make sure to get him arrested for abusing her, stressing that she will go that length because she did not raise her son that way.