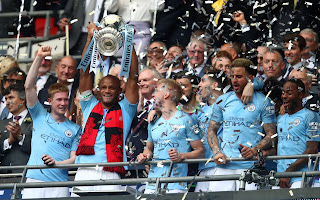 
Raheem Sterling having probably his best career season scored twice along Brazillian striker, Gabriel Jesus as City became the first English team side to achieve the feat of winning the Premier League, FA Cup and Carabao Cup in the same season. 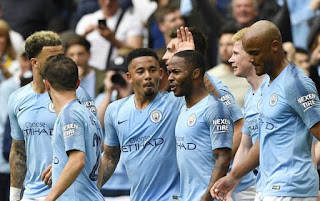 David Silva finished from close range after 26 minutes, Jesus doubling the advantage before half-time after Bernardo Silva's sublime pass. Watford rallied briefly after the break but were always wide open to the counter attack. 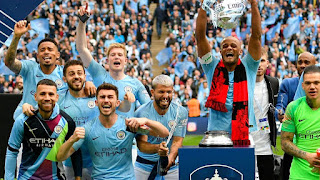 It was City's sixth FA Cup triumph and their first under Guardiola, who has now won six trophies since taking over at Etihad Stadium in 2016. City claimed their first league and FA Cup double - the first time it has been achieved since Chelsea did it under Carlo Ancelotti in 2009-10.