Home Movies Movie alert: ‘The Sun Is Also a Star’ this May- See trailer ahead of time!

Movie alert: ‘The Sun Is Also a Star’ this May- See trailer ahead of time! 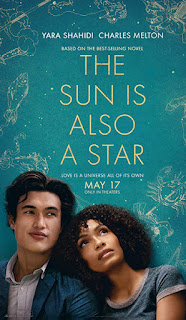 The Sun Is Also a Star is an upcoming 2019 American teen drama film directed by Ry Russo-Young. The film is based on the young adult novel of the same name written by Nicola Yoon.


College-bound romantic Daniel Bae and Jamaica-born pragmatist Natasha Kingsley meet -- and fall for each other -- over one magical day amidst the fervor and flurry of New York City.
Sparks immediately fly between these two strangers, who might never have met had fate not given them a little push. With just hours left on the clock in what looks to be her last day in the U.S., Natasha is fighting against her family's deportation just as fiercely as she's fighting her growing feelings for Daniel.

Trailer- https://youtu.be/3On0BXzGnuI
Movie in cinemas from May 17th.