Nicki Minaj Fans are insisting Cardi B copied her Red-Hot 2018 Met Gala Look for the 2019 Event which held last night. 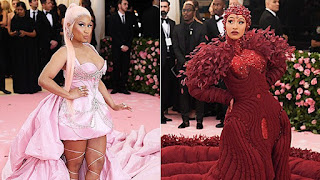 Cardi B hit the Met Ball in a gorgeous red feather gown with an epic train that stole the show on May 6. But it didn’t take long for the Nicki Minaj fandom to accuse her of stealing the look from their queen.

Cardi B and Nicki Minaj have a history of fighting at fashion events. Who can forget when Cardi left a NYFW event last year with a giant bump on her head, after getting into an altercation with Nicki. But this time their feud may have taken on a much more sartorial slant. At least according to Nicki’s fans, who took to Twitter to accuse Cardi B of copying her style. 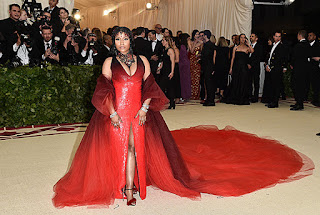 Fans were quick to all out Cardi for the similarities with one fan tweeting a side by side pic and writing, “Cardi’s inspiration for today was Nicki”. Another fan replied, “Nicki is an obsession”.  But, not everyone on Twitter agreed. Plenty of fans jumped to Cardi’s defense with many calling the accusation a “reach”. 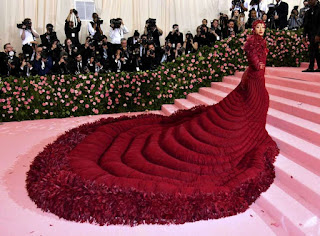 And one fan even tweeted, “except Cardi kinda did it better.” Still more fans pointed out that it was actually Rihanna who really started the super size dress trend with her unforgettable — and enormous — yellow Dior gown at the 2015 Met Gala, reports Hollywoodlife.
We have a feeling Cardi will not take kindly to fans saying she stole Nicki’s look, especially since this is not the first time she’s been accused of it. Back in Dec. 2017 fans were convinced Cardi’s look in the music video for the remix of G-Eazy‘s “No Limit” was too close to Nicki’s style.