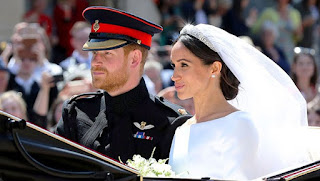 It’s Meghan Markle and Prince Harry’s first wedding anniversary. On May 19, 2018, the couple was married at St. George’s Chapel in Windsor Castle.


Their glamorous royal wedding was attended by People from all over the world watched as they said “I Do,” then made their way down the streets in a horse drawn carriage to greet their loyal supporters. Just months after the wedding, Meghan was pregnant with the couple’s first child, who was born on May 6, 2019. Two days later, they revealed their son’s name, Archie. 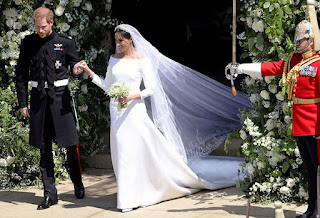 Despite being pregnant for most of her first year of marriage, Meghan made tons of public appearances with her new husband, and it’s resulted in the sweetest photos of the pair — many with a baby bump included!
Meghan and Harry toured New Zealand and Australia during their first year as newlyweds, as well as Morocco. They took part in traditions from those countries, as well as the United Kingdom, and they looked so in love every single time, according to Hollywoodlife.