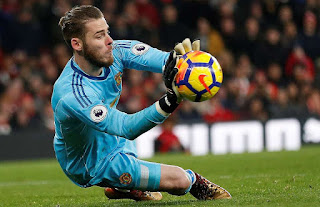 The French billionaires have made De Gea one of their top targets and want him to replace veteran superstar Gianluigi Buffon. The Spaniard's future is uncertain after he failed to agree a new contract at Old Trafford, despite months of negotiations.


Starsport understands PSG bosses are willing to give De Gea a long-term deal worth a staggering £450,000-a-week that will see his wages more than double.
De Gea's current £200,000-a-week deal runs out next June and United bosses could be left with no choice but to cash in on him this summer for around £50m.

Real Madrid have had a long-standing interest in De Gea, while Juventus and Borussia Dortmund are also keeping close tabs on the situation. But it is understood De Gea will wait to see where United finish in the table before making a decision on his future. 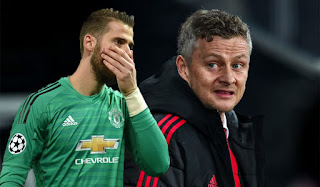 But he will be tempted by the huge wages on offer in Paris and the fact PSG can guarantee him regular Champions League football. De Gea, 28, has come in for some fierce criticism in recent weeks following a string of blunders that suggest he has lost his focus as speculation mounts he is set to leave Old Trafford.

He gifted Chelsea a goal in Sunday's 1-1 stalemate, but United team-mate Romelu Lukaku insists De Gea has the mental strength to come through his bad patch and return to being the No.1 keeper in world football, writes Dailystar.