Home Movies News/Gist “Tonto Dike bad behavior is destroying the industry image, and will no longer be tolerated” - BoT of the Actors Guild of Nigeria Comes for the controversial actress

“Tonto Dike bad behavior is destroying the industry image, and will no longer be tolerated” - BoT of the Actors Guild of Nigeria Comes for the controversial actress 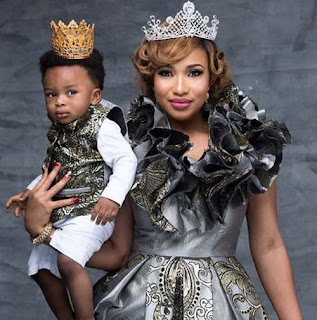 The Board of Trustee (BoT) of Actors Guild of Nigeria (AGN) has threatened to sanction Nollywood actress, Tonto Dike over her failed marriage saga with her estranged husband, Olakunle Churchhill, which is currently the major topic online.
The mother of one has been dragging her ex-husband back and forth, and even did an interview where she alleged that Churchill suffers from pre-mature ejaculation and cannot stay 'inside a woman for more than 40 seconds.'


The Board of Trustees have now been forced to react over the issue, which has also resulted in online dispute between Tonto and other Nollywood actors.
Speaking to NewstimesAfrica, Prince Ifeanyi Dike, Chairman, AGN BoT, said:
“Tonto Dike is exhibiting bad behavior that we will no longer condone. What she should realize is that every marriage has its own issue. No one’s marriage is perfect.
“Issues like that are private. It is very unbecoming of her to portray us in bad light. There are so many actors who have issues with their marriages without getting the public involved. Her actions does not speak well of the industry.
“We are not interested in her private matters; rather we are concerned about her attitude which is rubbing off negatively on other actresses.
“Actions like this portray the industry as having unserious ladies. That is why men are scared of marrying actresses.
“Thank God that we have good examples in the industry. If she is looking for sensation, she should look for something else to use.
“Honestly, the Board of Trustees is not happy with her and if she continues this way, we will sanction her. We do not encourage bad behavior.”
Source- LIB.