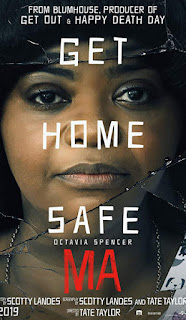 Ma is a 2019 American psychological horror film which follows a group of teenagers who befriend a lonely middle-aged woman who allows them to party in her basement, only to have strange things begin to happen.


A lonely woman befriends a group of teenagers and decides to let them party at her house. Just when the kids think their luck couldn’t get any better, things start happening that make them question the intention of their host.
Directed by Tate Taylo. It stars Octavia Spencer, Diana Silvers, Juliette Lewis, and Luke Evans, The film is produced by Jason Blum.
Trailer- https://youtu.be/eIvbEC8N3cA
Movie in cinemas from June 21st, 2019.