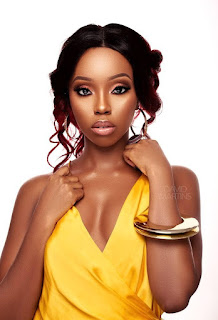 Big Brother Naija star, Bam Bam come out to accuse the Nigerian Police of physically assaulting his brother along the Lagos-Ibadan expressway in an accident which took place yesterday, 17th June.


Bam Bam took to her twitter handle to narrate her brother’s ordeal. She tweeted:
"My brother earlier today got harrassed and slapped by the @PoliceNG along the Lagos-Ibadan expressway. After being accused for being an armed robber.
#wtf he was with my driver and his friend heading to IITA in ibadan! They even threatened to shoot! This must freakn stop!"