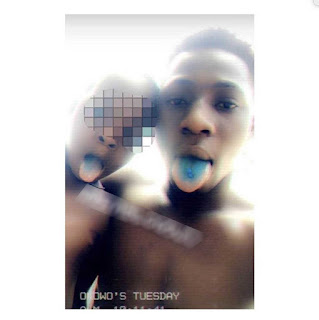 Which one is 542 again? So many slangs are flying about these days, it is very hard to catch up. What’s 542, you ask again. Okay, first of all, we will tell you what it isn’t. No, it’s not a WhatsApp hack. No, it’s not a new dance style to rival Zanku and no, it is not the beginning of a Beyonce’s song.


It’s another code word for Rohypnol, a tranquillizer that is about ten times more potent than Valium. Some of the young students from the ages of 12 to 15 in some Senior Grammar Schools can tell you all about it. And that is not a joke!
A 14-year-old student, Akin, in SSI explained that he had a friend who had just arrived from his village to Lagos (he would not disclose his village) and in no time the boy had joined a group of boys in the Saga area of Lagos.
His friends ‘candy’ of choice was 542, the boy explained as he shook his head. “He just came from the village ehn. He went with some people and now everything has spoilt for him. They carried him to the hospital because they said his heart and kidneys are no longer working well.”
What does his friend look like now? “I don’t know, they have carried him back to the village. They will not let us see him. Long time ago, he used to look normal, like a fine guy but before he left, he looked like rubbish.”
Akin’s face said everything he couldn’t. He didn’t understand why his friend had taken that road. “He didn’t even tell me anything and we are supposed to be friends,” the boy said aloud to no one in particular. It was obviously a sore point for him and he struggled to speak after that.
He hoped his friend was still alive, but the way he looked just before his family announced that he had gone back to the village, has left the boy in serious doubt. 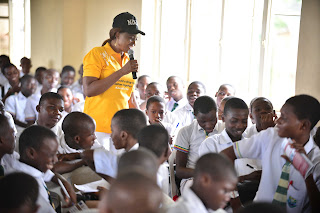 Like Akin’s friend, hundreds of young boys in Lagos and around the country are popping these pills. To stop this and the many substances that young people have taken to, MTN Anti-Substance Abuse Programme (ASAP) is taking a team of experts to schools around Lagos to teach them on the various substances, why they need to stay away and how to do that. So thousands of students will get to understand and learn more over the next few months. 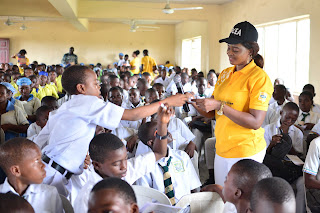