#KUWTK: Jordyn Woods ready for the truth about her affairs with Khloe Kradshian’s ex, Tristan. 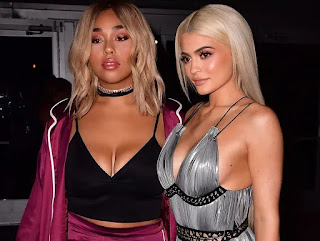 Jordyn Woods is bold enough to face the upcoming expository Season 16 finale of ‘KUWTK’. The upcoming season is expected to expose the cloud surrounding the cheating scandal INVOLVING her and Khloe's ex, Tristan Thompson.


Jordyn Woods will have the chance to air her own side of the story four months after she allegedly kissed Khloe Kardashian’s ex, Tristan Thompson, leading to the collapse of the once happy union. The two-part Season 16 finale will be released on June 23.

The fall out between Jordyn’s with the KarJenners happened after Tristan was accused of kissing her on the lips while leaving his after-party in Los Angeles on February 17, 2019. 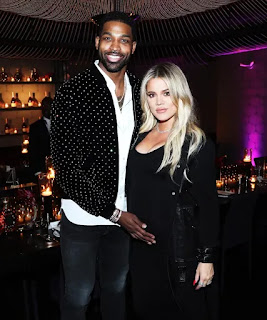 “Everyone has their truth and their story, so you just go with it. Everyone has the right to speak their truth. Hopefully, like myself, and the real me will shine,” Jordyn told Entertainment Tonight on June 17, ahead of Keeping Up with the Kardashians’ Season 16 finale.

Continuing, she said: “Life moves on. Money doesn’t stop. The world doesn’t stop. And hopefully, everyone is just, you know, going forward,” Then on her life after the whole drama, “staying busy, staying positive and just working,” and thought that she hasn’t “ever been more busy.”

As it continues to look like Jordyn’s breakup with the KarJenner family will be a permanent one, Jordyn said, “Hopefully, the sky’s the limit for the future. I’m trying new things, getting into acting, I have my active-wear line, more designing, and just moving forward and keeping positive people around me. I mean life is short, you know, tomorrow is not promised, so just always stay as positive as possible.”
Watch the trailer here- https://youtu.be/FrSHMd4iFF0