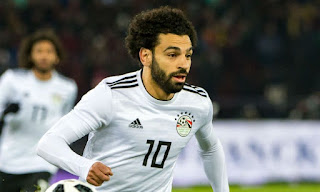 Liverpool star forward Mohamed Salah came on as a second half substitute and set-up two of the Egypt’s goals to win Guinea 3-1 in a warm up for the 2019 Africa Cup of Nations which runs from 21 June to 19 July.


Marwan Mohsen gave the Pharaohs the lead before Guinea’s Sory Kaba equalizing midway through the second half. But Salah set up two chances for Ahmed Ali and Omar Gaber to make it 3-1.

It was the second warm-up victory for Egypt, who also beat Tanzania 1-0 three days ago at the same stadium. Salah’s Egypt is in Group A which has the likes of the Democratic Republic of Congo, Uganda and Zimbabwe.

The tournament will be played in Egypt.