Home music News/Gist #Music: Skuki will be Releasing their new Album ‘Afrobeat’ any time from now.

#Music: Skuki will be Releasing their new Album ‘Afrobeat’ any time from now. 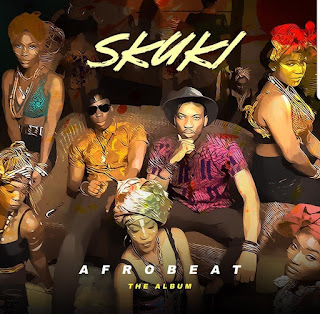 Music group of Skuki have announced that they are releasing their sophomore album titled “Afrobeat” with official date revealed yet for the release.

“This is why I was off off social media for a while…
@skukivavavoom had been disturbing we should wrap up THE ALBUM for over a year, so I had to focus…
Before you guys see another duo split up.

A few weeks from now, this ALBUM would be available to y’all
Just 7 SWEET TRACKS for you guys (NOT 16 or 23 tracks…nah!)
I’ll tell you the official release date soon.”