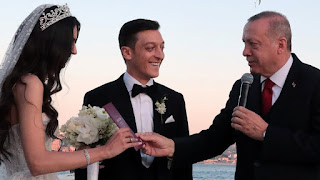 Turkish President Recep Tayyip Erdogan was the best man at German footballer Mesut Ozil's wedding on Friday, 7th June 2019. The event held at a luxury hotel on the banks of the Bosphorus. 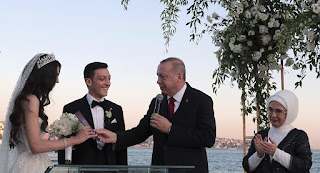 The football star and his wife started dating in 2017, and later announced their engagement in June 2018.
Sadly, Ozil, who has family roots in Turky had sparked a wide outcry following his public  photos with Mr Erdogan before the World Cup last year, and it didn’t end there, as another criticism was heaped on Ozil in March this year during when he asked Mr Erdogan to be his best man. 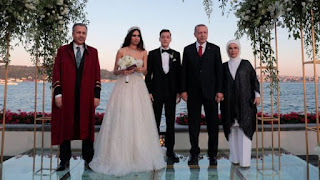 Mean while, German Chancellor Angela Merkel's chief of staff, Helge Braun was quoted by one tabloid to have said it makes one sad that Ozil would make such a choice, given the reaction to his meeting with the Turkish president last year. 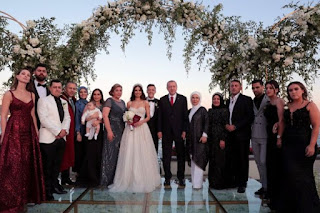