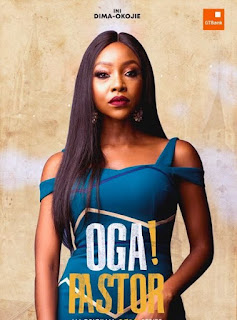 NdaniTV has released the first episode for their upcoming new web series titled, OGA! Pastor. In episode 1, Pastor Deoye Gesinde has a confession to make that will shake his congregation to its very core.


The series featured Ini Dima – Okojie, Uzor Arukwe, Pearl Okorie, Jimmy Odukoya.
Set in the city of Lagos, the series follows the life of Deoye Gesinde, a young clergyman and founder of a fast-growing Church, GGBC.

Deoye struggles with balancing the needs of his family, the needs of the Church and his own personal needs. The tough balancing act soon keeps him in the bondage of people’s expectations and the high standards he has set for himself.