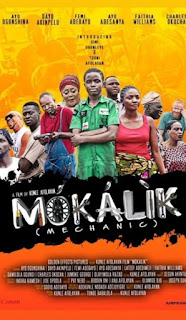 While we wait patiently for the release of Kunle Afolayan‘s new film “Mokalik,” it seems like our wait will be a little longer as he has revealed that the film has been acquired by Netflix.


“Mokalik” which stars Simi, Femi Adebayo, and Charles Okocha, is centred on an 11-year-old middle-class boy who becomes an apprentice in a mechanic shop.
Mr. Afolayan shared the news in an interview with NAN, revealing that other movies of his have also been acquired. He added that Netflix is yet to announce the film’s release date, writes BN.

In his words: “I wish to inform you that Netflix has acquired “Mokalik” and some other of my films”.

However, the financial details of the acquisition were not revealed. Netflix’s has continued to pursue its ongoing aggressive interest for Africa films in recent times.