Home events News/Gist Photos from Meghan and Prince Harry’s son christening along other members of the Royal Family.

Photos from Meghan and Prince Harry’s son christening along other members of the Royal Family. 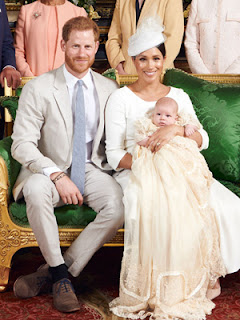 Meghan Markle looked absolutely glowing and happy at son Archie Harrison Mountbatten Windsor’s christening which happened on 6th July.
In attendance were other members of the Royal family as they sat on a green couch with husband Prince Harry on one end and Meghan’s sister-in-law Kate Middleton on the other end. 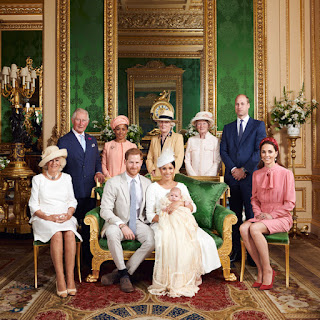 Their son Archie sat on his mother’s lap in the official photo released after the baptism on July 6, while Prince Harry’s dad Prince Charles and the redhead prince’s step-mother Camilla Parker Bowles posed in the photo on the other side of Harry.

Meghan’s mother, Doria Ragland, stood next to Charles. In the center, above Meghan, stood Harry’s aunts, Lady Sarah McCorquodale and Jane Fellowes, who were sisters of Princess Diana, who died in 1997. Prince William, 37, stood behind his wife Kate. 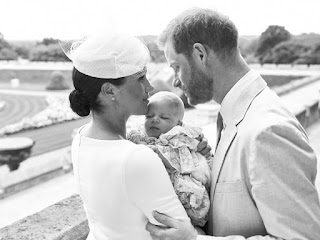