Watch ‘Power Season 6’ Trailer as Ghost & Tommy goes to a war, with Angela making a comeback. 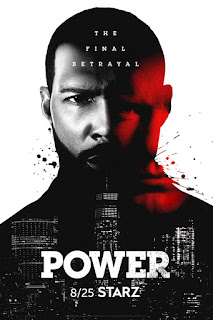 The wait is almost over. The first trailer for ‘Power’ season 6 dropped on July 6 and there’s really no one Ghost can trust at this point. Plus, Angela is back after nearly dying in Ghost’s arms.


In the final season, Ghost’s life is crumbling all around him. “Let me ask you a question. When you look in a mirror, what do you even see?” Tasha asks him. Ghost says in the trailer, “I try so hard. I can’t change what I did, but I can change what I do now.” But will it be enough? That’s the ultimate question. 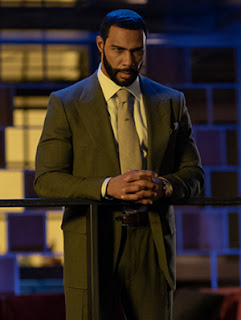 It sounds as if Ghost’s own son, Tariq, may be turning against him. “How would you feel if something really bad happened to him?” Tommy asks Tariq, who replies, “To be honest, I don’t know.” Tommy and Ghost have gone from being like brothers to enemies. “This is war,” Tommy says in the trailer.
Starring- Omari Hardwick, Lela Loren, Naturi Naughton, Joseph Sikora, Rotimi, La La Anthony, Jerry Ferrara, Shane Johnson,Michael Rainey Jr., Larenz Tate, Evan Handler, Michael J. Ferguson, Monique Gabriela Curnen, and Mike Dopud.
Trailer- https://youtu.be/Su-sSzKWcUo

Power season 6, which will consist of 15 episodes, will start premiering from August 25.