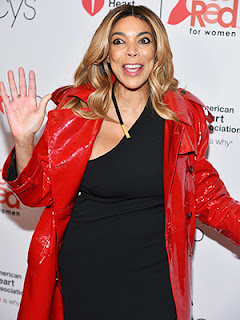 Wendy Williams has a new boyfriend and she really likes him. She’s falling hard and fast as she puts her split from estranged husband Kevin Hunter behind her. The talk show star  cried tears of joy when revealing to her daytime talk show audience on July 8 that she’d found a new man amid her divorce from husband Kevin Hunter Sr.


“I’m not on the market anymore…I’m not in love, but there’s someone I’m crazy about!” she revealed as the show returned from it’s June hiatus. “When it comes time for the comfort of a man, I need sometime in their 50s too, and he’s got to work. And, it doesn’t’ hurt that he’s a doctor,” she cooed. The 54-year-old is falling for him, but she wants to take her time and not rush things with her mystery man.

“Wendy is falling hard and fast for her new man, but she also doesn’t feel the need to be in love in order to be in a relationship with him. Wendy is still in a transitional period in her life and definitely doesn’t want to rush things with this guy. She really likes him, but she also wants to take things slow and enjoy every moment of getting to know each other on a deeper level,” a source close to Wendy tells HollywoodLife.


“Although Wendy could see herself getting married again, that isn’t even something she’s considering at this point. She has so much on her plate and although she could see it happening at some point down the road, that won’t happen anytime soon. She is simply enjoying spending time with this guy and is happier than she’s been in a long time”.

Wendy filed for divorce from Kevin, 46, in April after he fathered a child by his longtime mistress Sharina Hudson, something the talk show host later confirmed.