Home music News/Gist After Months of romance rumors: The real fact about the flirty relationship between Diddy & Lori Harvey revealed

After Months of romance rumors: The real fact about the flirty relationship between Diddy & Lori Harvey revealed 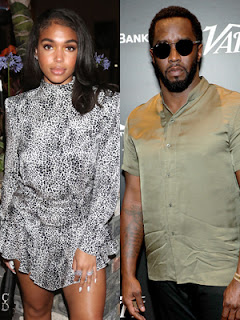 Lori Harvey and Diddy have been making headlines after being spotted spending time together on numerous occasions over the past few weeks.


Lori Harvey, 22, and Diddy, 49, may have caused some serious romance speculation over the past month, after they were seen hanging out multiple times, but it looks like they’re not going forward with any kind of serious relationship anytime soon.
The step-daughter of Steve Harvey, 62, and the rapper, who have reportedly known each other for years, have enjoyed flirting and having fun with each other these past few weeks, but they’re not a couple and don’t plan on being one.

“Lori and Diddy are not seeing each other at this point,” a source revealed to Hollywoodlife,  “They were never even officially a couple, but they did hang out a few times and there were some flirtations there. But things have fizzled out between the two and it was really nothing more than a summer fling.”

One of the factors that seemed to play a role in their decision to not be in a relationship is the difference in their ages. “Ultimately, Lori couldn’t get past their age difference because they were just at completely different stages in their lives and wanted different things,” the source explained. “There are no hard feelings between the two, they’re both mature adults and have moved on. It’s as simple as that.”
Lori and Diddy’s dating rumors started after they were seen enjoying dinner together on July 24. It caused quite the surprise since Lori is known for previously dating Diddy’s son Justin Combs, 25.
After their initial dinner, they were spotted dining with Lori’s parents, Marjorie Elaine Harvey, 54, and Steve, in Nerano, Italy in early August, 2019, leading many to think it was a sign that they were taking the next steps in their romance, according to Hollywoodlife.