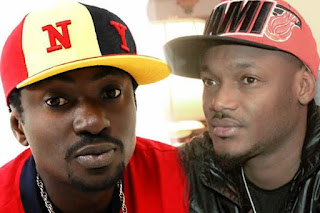 Former member of the defunct Plantashun Boiz group, Blackface releases his own version of ‘African Queen’ after accusing former group member, 2face of failing to give credits to him when the song became a hit and brought him to stardom. 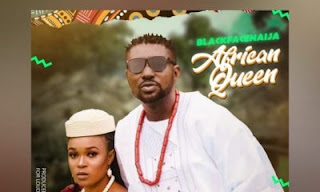 The song was released on Blackface’s Reverbnation page.

Blackface claims rights to African Queen, a rift began over who owned the rights to the hit song ‘African Queen’ after it success. Blackface claimed to have given 2face the right to sing the song but he never got credited as a writer by the label that released it nor any acknowledgement from the singer while the song won him many awards since 2003/2014 till date.
Blackface took to his Instagram page and wrote;
“Finally my #version of #africanqueen will soon be available on all platforms worldwide…just to clear the air again …

I gave the initial singer the right to sing the song but I never got credited as a writer by the label that released it nor any acknowledgement from the singer while the song did so many numbers and won many awards since 2003/4 till date.

The singer included a third verse he wrote to the music when it was produced by OJB but I took that verse out and included the third I had written to make this version of mine totally written by self ….I can’t wait for you all to feel this one #produced
By @hookmrbrown for #Loudhouz #releasedates #loading #BFNfans”