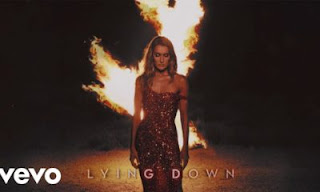 Legendary singer, Celine Dion is letting us have a taste of what to expect from her next album titled “Courage”.


The Canadian singer yesterday released three new singles from the forthcoming album, which includes tracks “Courage”, “Imperfections”, and “Lying Down”.

THE 3 songs were co-written by David Guetta, Giorgio Tuinfort, and Sia Furler.
Enjoy the songs below-