Enjoy the trailer for the upcoming Hollywood film ‘Black Christmas’ 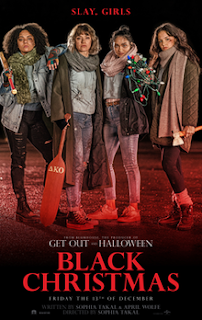 
As winter break begins, a group of sorority sisters, including Jess (Olivia Hussey) and the often inebriated Barb (Margot Kidder), begin to receive anonymous, lascivious phone calls.
Initially, Barb eggs the caller on, but stops when he responds threateningly.

Soon, Barb's friend Claire (Lynne Griffin) goes missing from the sorority house, and a local adolescent girl is murdered, leading the girls to suspect a serial killer is on the loose. But no one realizes just how near the culprit is.
Directed by Sophia Takal, and written by Takal and April Wolfe.

The movie will be released first in US from 13th December, 2019.