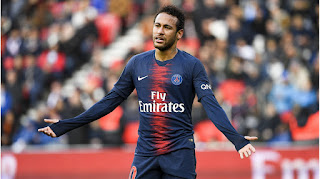 
The La Liga giants spent all summer trying to negotiate a deal to re-sign the Brazilian, who moved to France for a world record £200m in 2017. However, the two clubs were ultimately unable to agree a deal till the transfer window shuts down across Europe.
Asked whether it was possible for Barca to sign Neymar in January, Bartomeu said: "No. Right now, no," he added: "Barca had already planned their squad. The opportunity to sign Neymar was one that came up in the market. His signing was an extra, it wasn't planned," reports BBC football.

Neymar became the world's most expensive player in 2017 when PSG paid him 222m euros so he could buy himself out of his contract at Barcelona. The striker has scored 34 league goals in two seasons for the French champions, although injuries interrupted both of those campaigns.