Nigerian Journalist Joey Akan re-counts how he was kidnapped by SARS last night. 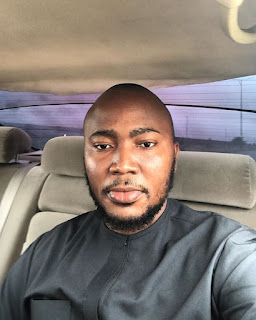 Controversial Journalist and music critic, Joey Akan is telling the world his sad experience with the dreaded men of the Special Anti-Robbery Squad (SARS); just days after rapper Ikechukwu had his own bitter experience.

The journalist who took to his Twitter posted his story as follows:
“I was kidnapped by SARS last night around 11 pm. Left Kpanti at 2 am. I am fine. Nothing happened to me. Got cleared when they confirmed who I was. Thank you.
This is the accent you use to do Yahoo.” Me, inside small bus, enraged at guns pointed at me: “Wonna, gonna, fucking retarded simpletons without a smidgen of value or sense of duty. Y’all should be ashamed. “Americana, you will go to EFCC.”!
I never should have lost weight, and kept a beard. Now I have moved from the fat rotund “Senator,” to “Show me your ID.” Don’t lose weight men. Fat people aren’t telling the full truth. They have privileges too.
I suffered no violence. But was repeatedly threatened with it. A guy named “Commander,” who reeked of alcohol, and spoke with a drawl kept telling me, “I will deal with you. Journalist Yahoo boy.” Me; “Don’t call me a Yahoo Boy, I have not called you names. Respect yourself.”