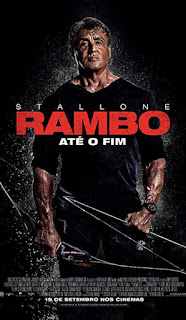 Rambo: Last Blood (also known as Rambo V and Rambo V: Last Blood) is an upcoming American action thriller film- A sequel to Rambo (2008) and the fifth installment in the Rambo franchise.


When a friend's daughter is kidnapped, Rambo crosses the U.S.-Mexico border to bring her home but finds himself up against one of Mexico's most ruthless cartels.

Directed by Adrian Grunberg and co-written by Sylvester Stallone, who also reprises his role as Vietnam War veteran John Rambo.