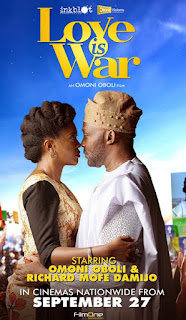 The film ‘Love is War’ is a comedy drama about love, family and ambition: about a married couple who run against each other for Governor in Ondo state.