Home music News/Gist Singer Reekado Banks briefs the public on why he dropped his brother as his manager.

Singer Reekado Banks briefs the public on why he dropped his brother as his manager. 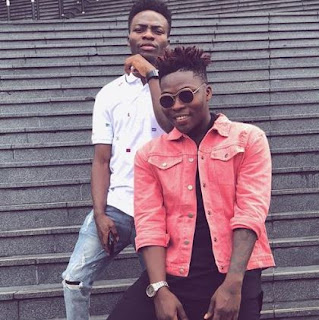 Music star, Reekado Banks who recently dropped his elder brother,Temi Solomon as his manager, has given reason for his action.


In a chat with Cool FM, Reekado gave his reasons as: 'It was just next level dealings, I wanted to get somewhere else, the vision became a lot farther, like I saw farther than I used to see and I just needed somebody that'll see as much, most especially someone that's been there with other people (artists) but me and my brother are cool'.

Temi has been his super star singer brother, Reekado's manager right from his struggling days in the industry. Well, Reeky as fondly called revealed equally that he is now managed by Twenty20 media led by Davido's former manager, Kamal Ajiboye.