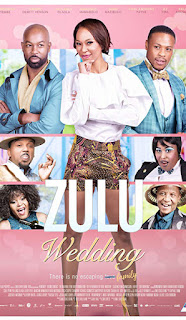 Feisty, choreographer Lungile (28) will do a lot to avoid falling in love. Even more to avoid going home to South Africa, where she's traditionally engaged to a king. However, when she meets her soulmate Tex she has to face her complicated pa.


Lu left South Africa and her Zulu-Sotho heritage behind to become a dancer in America, and when she falls in love with Tex, she knows he’s the man to marry. But when she brings Tex home to meet her family, she discovers she’s been promised since birth to a Zulu king. Caught between two men, two families, and two countries, Lou has to come to terms with who she is so she can fight for what she wants.