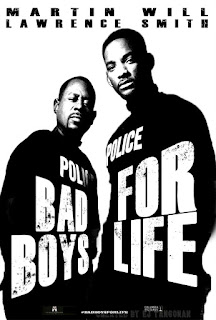 Bad Boys for Life is an upcoming American action comedy- It is a sequel to Bad Boys (1995) and Bad Boys II (2003) and the third and final installment in the Bad Boys franchise.


Old-school cops Mike Lowery and Marcus Burnett team up to take down the vicious leader of a Miami drug cartel. Newly created elite team AMMO of the Miami police department along with Mike and Marcus go up against the ruthless Armando Armas.

The film was directed by Adil El Arbi and Bilall Fallah and produced by Jerry Bruckheimer and Will Smith.