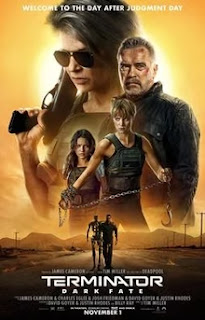 Terminator: Dark Fate is a 2019 American science fiction action film directed by Tim Miller is It is the sixth installment in the Terminator franchise and the first since Terminator 2: Judgment Day (1991) to have franchise creator James Cameron involved.


Sarah Connor and a hybrid cyborg human must protect a young girl from a newly modified liquid Terminator from the future.