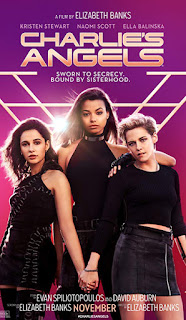 Charlie's Angels is an upcoming American action comedy film directed by Elizabeth Banks, who also wrote the screenplay, from a story by Evan Spiliotopoulos and David Auburn.


When a systems engineer blows the whistle on a dangerous technology, Charlie's Angels from across the globe are called into action, putting their lives on the line to protect society.

It is the third installment in the Charlie's Angels film series, which is a continuation of the story that began with the television series of the same title by Ivan Goff and Ben Roberts and the theatrical films Charlie's Angels (2000) and Charlie's Angels: Full Throttle (2003).