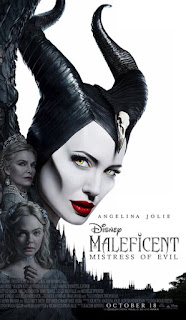 Maleficent: Mistress of Evil is an upcoming American dark fantasy adventure film. It is a sequel to the 2014 film Maleficent, with Angelina Jolie returning to portray the title role.


A formidable queen causes a rift between Maleficent and Princess Aurora. Together, they must face new allies and enemies in a bid to protect the magical lands which they share.

Trailer- https://youtu.be/5MwW1NAsnR8
The film which was directed by Joachim Ronning will be released in cinemas from 18th October 2019.