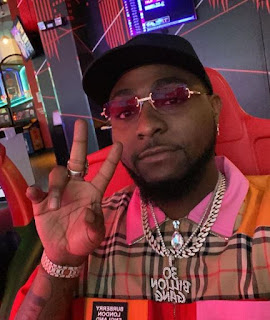 Few days after Davido announced the readiness of new music album titled, 'A Good Time’, he has equally revealed the release date for the highly anticipated album.

It’s been a bountiful year for the singer as he recently welcomed a baby boy with his wife to be, Chioma Rowland aka Chef Chioma.