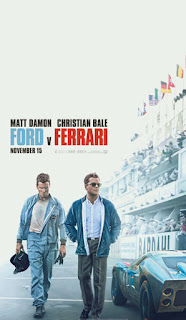 Ford v Ferrari (titled Le Mans '66 in the UK and other territories) is a 2019 American biographical drama film directed by James Mangold.

Together, they plan to compete against the race cars of Enzo Ferrari at the 24 Hours of Le Mans in France in 1966.