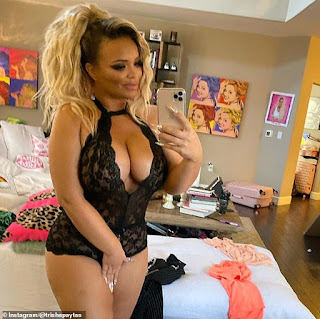 YouTube star Trisha Paytas has opened up about feeling uncomfortable in her female body after she was heavily slammed for coming out as a transgender man while still identifying with her 'natural-born gender.


The 31-year-old Celebrity Big Brother star appeared as a guest on Wednesday's episode of The Doctors, where she addressed her controversial comments and even broke down in tears.

'I don't like labels. For me, saying I’m transgender was just a thing to say because it’s what people want to label me as — a female, who’s a male,' Trisha explained. 'I was born female, but even from a young age I had a hormonal imbalance where I knew I wasn't female.'

When asked if she has considered physically transitioning into a male, Trisha said she hasn't because of what she does for a living but noted that she does want male body parts.
'I’ve always wanted a penis…I always have because it just makes dating easier. I’ve dated gay men and this is what offended people in my video is when I date gay men, a lot of gay men think I’m not man enough because I don’t have a penis.' 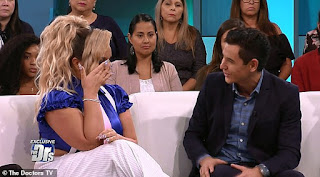 During the interview with psychotherapist Mike Dow, according to LIB, he also spoke on her conflicting feelings, saying it doesn't 'fit under the normal idea of what a transgender person is.'
'I actually believe you are a transgender person,' he told her. The fact that your assigned sex at birth was female, but in your brain, you feel male, that, to me, meets the classification for a transgender person,' he added. 'It's not so much if you ever have a surgery. It's about the way you feel.' 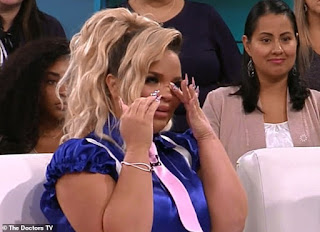 Further: 'I wasn't going to cry,' she said, wiping away tears. 'You're just the first person out of LGBTQ that I don't know on a personal level, that's accepted me. It means a lot because so many people think I'm faking this and it's just so hard,' she said after visibly feeling teary.