Just for a Lunch, and Kim and Kanye West drew a huge crowd in New York- See pics! 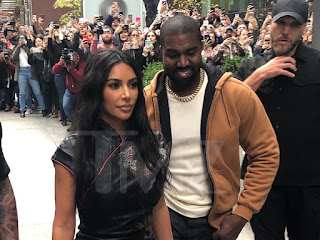 Kanye West and his TV reality star, Kim Kardashian were like magnets in NYC Friday as they go to lunch- delighted fans besieged their scene for a quick look and a quick pic.

They decided to dine at Milos restaurant, BTW the best fish restaurant in the Big Apple, and a crowd gathered almost immediately after they entered through the turnstyle door, according to TMZ news. 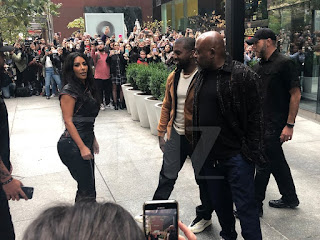