Michael Jackson’s son, Prince Hosts 'Thriller' party in honour of late dad- talks about past halloweens with his late dad. 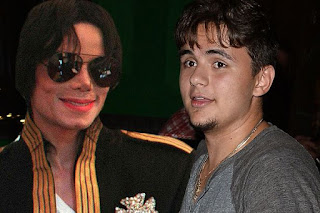 Michael Jackson's imprint on Halloween culture is living on through his children as Prince Jackson hosted the third annual 'Thriller Night' at the Jackson family estate Friday night.

This was done in partnership with the charity Heal LA Foundation- a nonprofit that emulates MJ's Heal the World org, but with a focus on those struggling in Los Angeles.

Tons of members of the Jackson clan rolled through, including Paris and Blanket (who goes by Bigi now), as well as Michael's nephews Taryll, TJ and Taj Jackson...they all wore costumes. 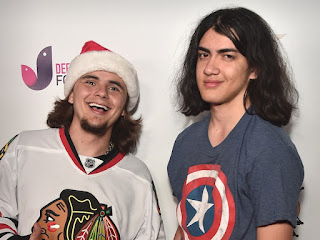 While being interviewed outside the party, Prince shared a nice little nugget about life with their dad during the spooky holiday…which, as it turns out, was one of the only times MJ could get out in public with his family without so much hoopla and attention, writes TMZ.
PJ says because it's acceptable to be in costume for Halloween, MJ would take advantage and go trick-or-treating with the kids. Sounds like those outings were successful to a certain extent. MJ's nephews say there was always a tell that'd give him away. Any guesses???

As for what went down inside the actual party, it seemed pretty family-friendly ... with what appeared to be a haunted maze built in, and a 'Thriller' tribute show put on by dancers. Of course, Michael's signature song has become a Halloween staple -- and tons of people still jam out to it and even rock his look from the music vid to this day. Again, a classic.

Controversies aside, it looks like the fam's keeping that going for a good cause. Good on them.