Home News/Gist Photos: How Diego Maradona got a heroic welcome by his old club, Newell's

Photos: How Diego Maradona got a heroic welcome by his old club, Newell's 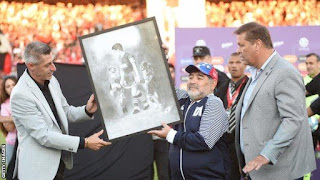 How do you welcome a legend like Diego Maradona back to your club? The former Argentina forward was appointed Gimnasia y Esgrima La Plata manager last month and on Tuesday took his side to his former club Newell's Old Boys, who he played for briefly in 1993.


Maradona was presented with a framed painting, a canvas artwork, a Newell's shirt and a throne - which he signed - before the match at a packed Marcelo Bielsa Stadium from where he sat to watch the match reports BBC football. 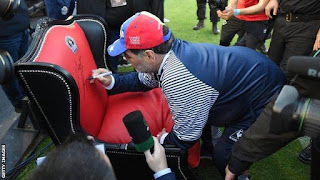 He also danced and joined in the home fans' chants as they sung his name before kick-off. Gimnasia began the match, Maradona's sixth in charge, bottom of the table but won 4-0 at title-chasing Newell's. 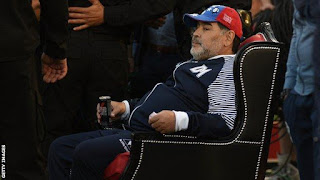 The game also came a day before Maradona's 59th birthday. 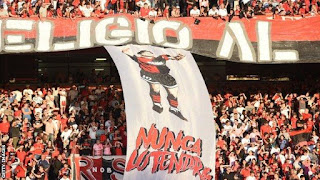 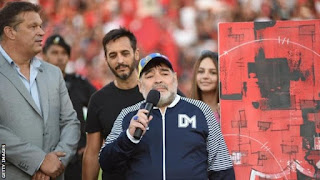