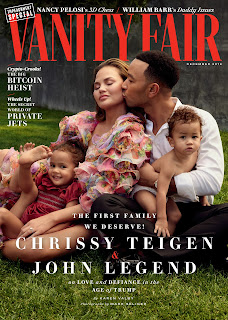 The beautiful family of singer, John Legend, which comprises his pretty wife, Chrissy Teigen and kids; Luna and Miles are beauty stars on the cover of Vanity Fair's December 2019 issue.


The latest issue was released today, Monday, October 28 with the singer visibly planting envious kiss on his wife's cheek as she closed eyes to savour it, while their adorable kids snuggled up their parents. 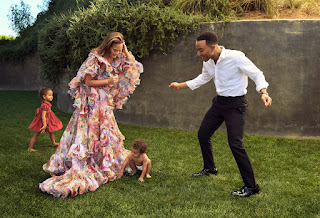 The beautiful couple spoke on a whole lot of issues, like Twitter feud with the US President, Donald Trump:  Is it because they’re in love that Trump can’t stand them? In September, the president famously let loose on John Legend and Chrissy Teigen in one of his bizarre drive-by tweetings, huffing and puffing about the “boring” singer and his “filthy mouthed wife.” 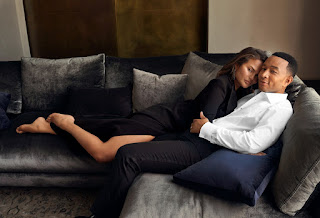 Teigen responded with a tweet so sublime that it became canon: “lol what a pussy ass bitch. tagged everyone but me. an honor, mister president.” The whole exchange was suitable for framing—and one of Teigen’s friends actually did frame it and present it to her as a gift., now the couple addresses this issue.
On relationship with Knaye West & his reality star wife, Kim Kardashian, were John said: “I'm not trying to disown Kanye because I still love him and love everything we've done together creatively. But we were never the closest of friends.” 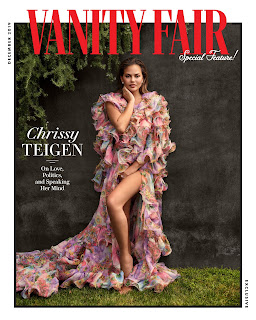 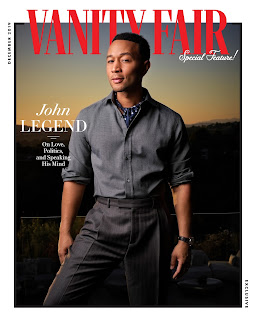 Enjoy the full interview on www.vanityfair.com/hollywood