Home music News/Gist #SweetRomance: Miley Cyrus new boo, Cody took her and her mom, Tish out for a date.

#SweetRomance: Miley Cyrus new boo, Cody took her and her mom, Tish out for a date. 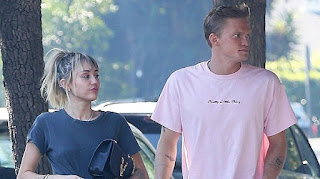 Cody and Miley’s romance may be fresh, but things appear serious as he’s already familiarizing with her mom, Tish, just few days after Cody gushed about his new GF at a Tiffany & Co. event which held on October 11, 2019.
The new lovebirds went for a lunch with Miley’s mum, Tish Cyrus on Saturday, October 12, 2019 in the Toluca Lake area of Los Angeles, where Miley listed her Tuscan-style mansion for over $5 million back in August. 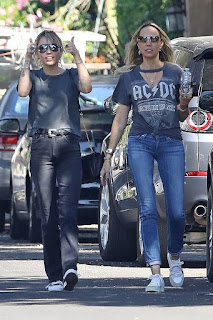 The outing comes only a day after Cody spilled the beans on his new relationship at Tiffany & Co.’s Mens’ Launch event at the Hollywood Athletic Club on Friday, Oct. 11. “I’m very happy. Miley’s creative, she’s very passionate about what she does. I’m very similar in that sense, so I think that’s why we get along so well,” Cody revealed at the party, very clearly stating that he’s “not single.” Cody shared an image from the event hours later, and Miley quickly commented “Boo thang” on the model-esque snap (adding the October-appropriate ghost emoji). 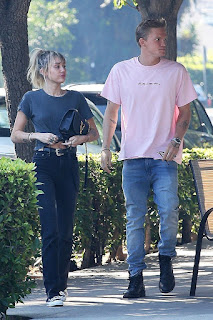 News of Cody and Miley’s relationship broke only a week ago, after the couple were spotted kissing during a date at Backyard Bowls and Blue Bottle Coffee in West Hollywood on Thursday, Oct. 3. Several fans saw them smooching, who quickly spilled the tea on Twitter, while TMZ later got a video of the pair locking lips.