Home music News/Gist They must face the law- Davido vows to punish lady and friends who said he got her pregnant.

They must face the law- Davido vows to punish lady and friends who said he got her pregnant.

Some Nigerian ladies yesterday tried playing a pregnancy prank on Davido, and now, seems it has backfired on them, terribly.


This is because OBO has vowed never to forgive them as he laments getting such treatment after all his goodness to the world and her people. 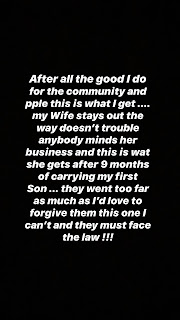 Remember how the ladies made a viral video yesterday, were one of them, Susan claimed to have been impregnated by Davido and has been left abandoned, and that David has refused to pick up her calls, in a bid to run away from his supposedly responsibility.

Though they later made another video, claiming the first one was a mere joke only intended to prank Chef Chioma’s boo.